I’m officially on the other side! Who knew this day would ever come. I am so elated to be done with this beast that’s been riding me all summer. And before I even get on with this post, I really want to sincerely thank everyone who reached out to me through all mediums leading up to my test, and even during my test. It helped SO much to go into the exam knowing that I had so much support and so many people rooting for me!

Like I said in my last post, I had let go of all the negative energy the night before my exam, so I was feeling pretty calm as I got in bed and even when woke up the next morning. I had everything packed to the tee and just as I was saying goodnight and ready to get in bed, my mom offers to pray for me. If you’ve ever heard any African pray then you know that took an extra 15 mins away, but I wasn’t complaining! I went to bed feeling very anointed. It took me a while to fall asleep–not because of anxiety, but because my body just wasn’t used to being in bed so early. But regardless, I slept fine, and woke up well rested before my alarm went off (also thanks to my mom who thought I was oversleeping).

From there, the day went smoothly just as I had rehearsed (yes, I had practiced this day a few times in the past with various practice tests). Everyone’s messages and prayers kept me calm and there were some residents at my center taking STEP3 who gave me some encouragement too. I locked all my stuff away (including my sweater which was “too thick” to bring into the room SMH), and led me to my seat and then I was alone. I was like oh boy Ije this is it, it’s happening, this is the moment you’ve been waiting for. Then I prayed, then I started, and then I finished–literally in the blink of an eye 8 hours went by. I was in a vortex. Quite anti-climactic I must say. When it was over I was thinking so this is what all the hype is all about huh.

And I don’t say that because I slayed the test and I’m walking out like it was nothing (absolutely not!!), it’s just that it wasn’t the big scary monster everyone makes it out to be. The test itself wasn’t any different caliber of questions from the thousands I’d seen from Q-banks and NBME exams (some of them were just out there though; I think they made up some diseases that don’t exist lol). I used the same skills, knowledge, and brain power that I had been acquiring. Only difference was that this was the real thing. I couldn’t just finish and check my answers afterwards and learn from my mistakes. This was it. Period. So that obviously added a different air to everything, but I tried not to get caught up in that so it wasn’t as nerve-wracking.

The exam is 7 blocks of 40 questions, and each block had its own feel to it. Some were heavier in things I was unsure about and some went by more smoothly. I only had to use the calculator once, and it was baby math. I had prepared to go ham on some statistics questions! But again, not complaining. The pharm was straight forward, the anatomy was all over the body, and it had more embryology than I expected. There were very few, if any, first order questions–knowing the diagnosis only gets you so far. Overall I don’t know how to feel in terms of whether or not I met my goal score, especially after looking up answers to questions I remembered that stumped me (which I was warned not to do but still did anyways). What I do know is that I did my absolute best and now its out of my hands. I was locked in focus throughout the entire thing. I hated the times when I was torn between answers and changed them, because I know that’s a dangerous game for me to play. But as each block ended, I put it behind me and moved on, because that was all I could do.

So now that it’s over, I feel very accomplished. This was a big step (no pun intended) for me and I made it through! I’m proud of myself for having the discipline to sit my butt down for 15 hours a day to study, because that work ethic is what brought me through to this point. On the flip side, I feel like I’ve sort of lost myself a little. I came home from my exam and just sat down in the living room in silence because I didn’t know what else to do. And I couldn’t even remember what the pre-STEP me would have done with her free time. It was weird. But with time I’ll ease my way back into being normal again. I got a month to not think about it until our scores come back! I’m just going to enjoy the free time that I have until third year starts in 2 weeks. Good bye classroom, hello hospital! 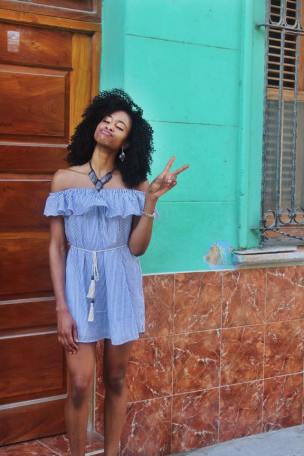